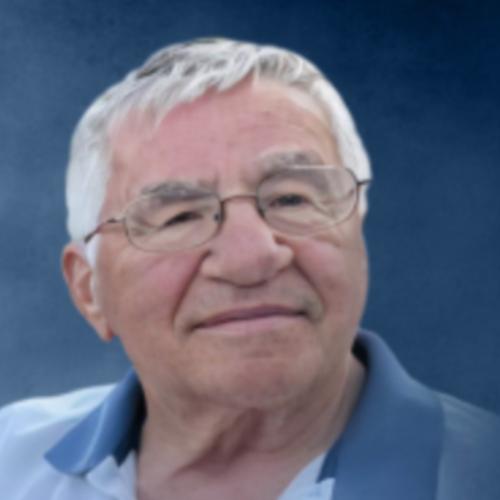 He was born January 10,1939 in the former Yugoslavia where he spent his childhood years helping his family work off the land, and as he progressed through school he found his talents to be in art, both in painting and in music. If it was up to young Aldo, he would have loved to have studied fine art, but at the age of thirteen Aldo started his apprenticeship where he learned the craft of becoming a master painter.

His work ethic was unmatched, however, his love for music brought a special balance to his life. Aldo loved to sing, play the guitar, and magically push the buttons on his accordion. When Aldo wasn't painting buildings, he spent his free time playing the accordion on excursion boats and weekends doing gigs with Mladi, his rock'n' roll band, playing the guitar and singing lead all along the Kvarner coast.

One may think that it was his voice that brought his beloved Nives into his life, but one night in the year of 1957, it was his dance moves that she fell in love with, when he picked her out from a crowd of people and asked her to dance for the first time, with many more dances to follow.

And so the story begins of Aldo and Nives. Soon after they began their courtship Aldo was sent to serve a few years in the Yugoslavian army during a time when things were quiet, which allowed for stories to be told of laughter, music, comradery, and bean soup! Distance away from his Nives brought them closer together upon his return, and on September 7th of 1963 he married his soulmate and forever love.

Aldo and Nives began their married lives together in Lovran and started a family with their first born son Dean, but in 1968 their path in life led them to immigrate to the United States.

Aldo's first American job was working at the Zion nuclear power plant pulling nails from boards. It wasn't long before his stifled talents bloomed and led him down the path of painting homes in Lake Forest for the Village Paint Shop, and then eventually starting his own family business, Aldo and Sons Decorating Co. He was a talented painter and with the help from his two sons, his business took off and became one of the most sought after painting companies on the Northshore.

His work ethic continued to flourish in the U.S., which allowed him to foster his passion to live life to the fullest. In the 1980s he found himself creating music in another band, but this time it wasn't the guitar that swooned his audience, but his melodic tunes he pushed and pulled from out of his button box with the Waukegan Midwest Polka Showcase.

Aldo's joys could also be found in his love for the great outdoors, where he spent many years going fishing on the Mississippi River in Genoa, WI and summer vacationing with family on Devil's Lake. Hike, swim, soccer, eat, drink, laugh, and dive off cliffs were some of the many activities he shared with his family, creating memories that will last forever.

Many people may know that Aldo was also an avid skier, but many may not know that he made his first pair of skis out of two pieces of wood. Skiing was a passion that fueled his soul and allowed him to be free. Luckily Aldo immigrated to a town not too far from Wilmot Mountain, where he taught his wife, three children, and a few of their friends how to ski. "Up Down " he would yell as he guided them between each turn. For many years Aldo took ski trips with the local Snowseekers ski club and annual trips to Colorado with his friends and family. He took his children out of school for ten days at a time to ski, to build memories with his family, to feel free together.

Upon his retirement from painting in 2001, Aldo and Nives made a full circle and returned to their homeland, where they enjoyed time with friends, taking rides on their boat, and cherishing every moment when their children and grandchildren came to visit during the summer months. Aldo truly had a love for living, a passion to work hard and play hard. He was always the life of the party, enjoyed making homemade wine, had a knack for telling the best stories, and genuinely loved making people laugh. Laughs were not just a chuckle with Aldo, they were belly shaking, tear producing laughs. Aldo Miscenic, you were a simple and fantastic man who will forever be missed and remembered by so many you were one of a kind.

He is preceded in death by his son and daughter-in-law, Dean and Catherine Miscenic and parents, Berto and Tonca Miscenic.