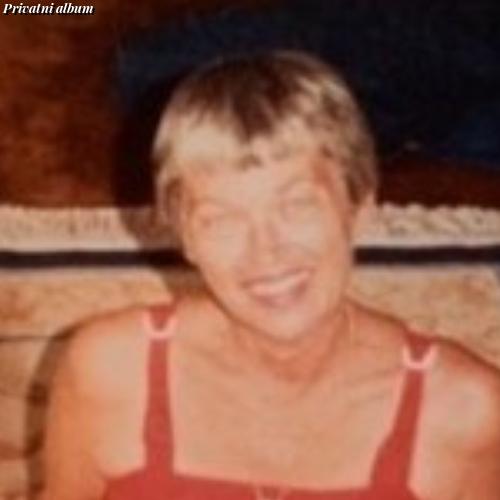 Age 89 of Chicago, formerly of Morris, passed away Wednesday, August 4, 2021 at Northwestern Memorial Hospital in Chicago.

Born August 30, 1931 in Chicago, Annette was a daughter of Joseph and Ivanica (nee Klarin) Govorchin.

She was raised in Chicago and attended Saint Francis De Sales High School before relocating to California where she graduated from Woodrow Wilson High School. Following high school, Annette attended college and gained employment with Western Union as an operator. This job created many cherished memories for her, as it gave her the opportunity to speak on the line with numerous celebrities and sing Happy Birthday to Lucille Ball and give Sunday wake up calls to Marlon Brando.

Annette then went to Japan and worked as a civilian for the United States government. She met Thomas Cwik, who was stationed in Japan as a member of the United States Army, and they were married May 11, 1957 at Camp Zama in Japan. They would return to the United States and later settled in Morris where she held employment with the Illinois Valley Workshop and Cardinal Trucking. Annette's main priority was raising her children, and she was a member of Immaculate Conception Church and volunteered as the playground monitor for many years at Immaculate Conception School. She also held membership at the Morris County Club and with the Morris Womens' Club where she served as the program planner.

Annette took great pride in her family's generational roots to Dalmatia, now a region of Croatia, and was proud to declare herself a "Dalmatian". She found the importance in celebrating not only her parents' heritage as immigrants, but also the values that they carried with them from Dalmatia and instilled in her. As one of ten children, Annette knew hardship early in her life during the Depression and was grateful for the life lessons provided to her by her parents and extended family. She was raised to value hard work and was determined to pass on the legacy that her parents provided to her own children, and later grandchildren.

She quietly cared for the least among us, pulling on her own life experiences to make it her purpose to support others who were struggling, being willing to literally give away the coat off her back if it would help another less fortunate. Annette volunteered tutoring refugees coming over from Vietnam, and while she preferred a quieter life, she had a sharp mind for politics and was eager to discuss her thoughts and opinions. Annette took pleasure in reading history and biographies.

Annette was preceded in death by her parents, husband, Thomas Cwik, on May 5, 2019, and eight brothers and sisters: Tony, Mary, Lucy, Joe, John, Jean, Roko, and Vince.
Per Annette's wishes, cremation rites have been accorded.

The family will receive friends for a memorial visitation Wednesday, August 11, 2021 at Immaculate Conception Church, 516 East Jackson Street, in Morris from 9:00 a.m. until the time of funeral service, 10:00 a.m. The family requests that masks be worn. A Mass of Christian Burial will be celebrated by Reverend Jason Stone, and inurnment will immediately follow in Mount Carmel Catholic Cemetery in Morris.