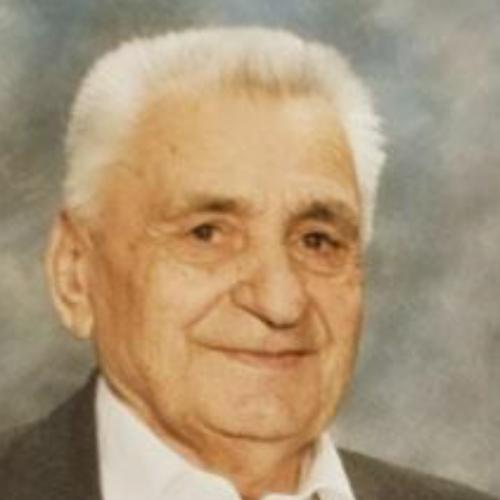 Ivan was born on June 5, 1926 in Budrovci, Karlovac, Croatia. In Croatia, he worked on his family farm. It was a time that he reflected on with true joy and happiness. While the work was hard, it was rewarding for him.

On February 2, 1946, he married the love of his life, Ana Grahac, and their love story continued for nearly 76 years. In 1947, they welcomed their daughter, Barica and in 1960, their son Josip. In the 1960s, his daughter immigrated to Canada, and took residency in Thunder Bay to be close to her grandmother (Ivan's mother - Bara). Ivan, Ana and Josip (Joe) followed, immigrating to Thunder Bay in 1969 to be reunited with family, optimistic about their future and a better life.

After arriving in Thunder Bay, Ivan worked as a labourer at Northern Wood Preservers and then as a custodian/maintenance person at St. Joseph's Hospital, where he eventually retired. Ivan had a fondness for gardening. It is often debated who was in charge of the garden - him or Ana. But, for several decades they worked together and every fall, their garden's harvest (which took over the entire back yard) was plentiful and was enjoyed by many.

The two enjoyed spending time at home, with family, friends, and attending church on a regular basis until age and illness became more of a concern. Ivan and Ana were introduced to Skype and Messenger in order to keep up with family that lived far away and it always brought a smile to their face.

Life was forever changed for Ivan and Ana on February 20, 2017 when their son Joe died at the age of 56. While they tried to take comfort in their memories of Joe and relied on their faith, their hearts just did not heal from the heartbreak. After nearly 76 years of marriage, Ana passed away on March 29, 2021. It was another heartbreak for Ivan that he never really recovered from. Over the next 2 years, Ivan worked through his grief and tried to cope by spending time with family, sharing stories, jokes and smiles along the way, but always hoping that he would be reunited with Ana.

On December 30, 2022, Ivan suffered a brief illness and was hospitalized. Ivan recovered from the illness and was preparing to transfer to the TCU for strength and conditioning. Sadly, on January 10, Ivan took a final peaceful breath, entered God's care and is at rest with those that have passed before him, including his parents, Bara and Josip Bene, In-laws Imbra and Mara Grahac, a sister in youth, son Josip, wife Ana, granddaughter-in-law Rosetta Kolic and other family in Croatia and Canada.

The family wishes to extend thanks and appreciation to those who have helped with Ivan's recent care. Special thanks and gratitude to Ivan's family doctors, Dr. James Goertzen and Dr. Julia Kornder for their caring and compassionate approach with Ivan. Thanks to the staff at Bayshore Home Health (and in particular, Leo), and the physicians and Nurses at the Thunder Bay Regional Hospital (Emergency Department, and 2B).