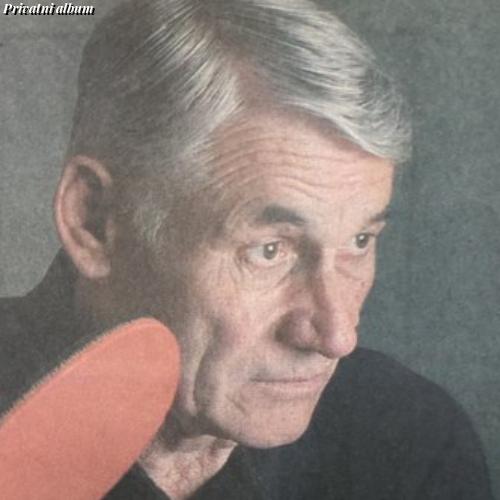 Survived by his son Stefan, daughter Susi, grandsons Jeffrey (Rayna) and Robert, great-grandson, Alexander and brother-in law, Dieter Vogelbusch (Ellie). Also survived by many loving nieces and nephews in the U.S.A., Croatia, Austria and Australia. Ivo will be missed and fondly remembered by all who knew and loved him. We will miss our Papa and Opa.

Ivo was born in Zagreb, Croatia and had a great love of music, singing, table tennis, karate, gymnastics, tennis, chess and tamborica. He worked for many years in Croatia and then in Germany where he met his wife Heidi. They married and started a family moving to Kitchener, Ontario in 1970 to start a new life. He then moved the family to Kincardine, Ontario. Coming to a new country was incredibly difficult leaving behind his family and friends and everything familiar not even being able to speak English but like everything he did in life, he rose to the challenge learning not only English but also spoke three other languages.

Ivo was a highly skilled Steamfitter and a proud and long-time member of U.A. Local 527 Plumber and Steamfitters Union Local 527. Throughout his career his many colleagues will remember him as a highly respected, fair and determined man with a strong work ethic and sense of responsibility.

Ivo continued to have a great passion for playing table tennis. He also loved to play tennis and gymnastics in the early days in Kincardine. He was told that his dedication, skill and enthusiasm inspired many players of all ages to play table tennis and stay active. Ivo always believed in self-discipline, training, coaching and improving to be the best that he could be. Ivo also enjoyed a good poker or Belot card game.

Ivo continued playing and promoting table tennis and was also a National Umpire. He was very competitive and loved the game participating in many tournaments and winning countless medals, trophies and awards which filled him with a great sense of accomplishment.

Ivo took pride in his appearance and was always impeccably dressed, and we shared many good-natured laughs about his many shoes and combs.

In the early 1990’s, Ivo was diagnosed with liver failure and became very ill. The devastating disease progressed without mercy and he suffered from debilitating pain and fatigue. His once fit and strong body became ravaged beyond recognition. He went onto a waiting list for a liver transplant without which he would have died. Ivo was near death in a coma for many days when on May 2nd, 1997 he received the precious gift of life from a selfless stranger—an organ donor. He was humbled and grateful for this gift and for the skill and dedication of the transplant team and surgeons and all those involved in his care at London Health Sciences Centre. It was truly a miracle. Recovery was not fast or simple but over time Ivo resumed a full and active life, moving to Kitchener where he could be closer to family and medical care. He continued to see his transplant physician in London, Dr. Paul Adams, whom he greatly respected, and we are all thankful for his excellent care over the years. Thank you Dr. Adams.

In 2000, life took another cruel twist, when Ivo’s wife Heidi suffered from a severe and debilitating stroke at the age of 56. After several years in and out of various hospitals, Heidi moved to Columbia Forest Long-Term care in 2003 in Waterloo where she lived for 10 years before she died. As Heidi took care of Ivo through his transplant journey and recovery, Ivo then provided the same love and support for Heidi and went to see her almost every day. He was social and outgoing so he soon became one of the family at Columbia Forest which he greatly appreciated.

Within a few years after the transplant, Ivo’s passion for table tennis and chess was renewed and he began making new friends and reconnecting with many old friends and clubs. Ivo was a long-time member of the Concordia Club in Kitchener and the Concordia Club table tennis group and loved his friends, the comradery and competition. And he also loved the wonderful food especially schnitzels! Ivo was also a member of the Breithaupt Club and the Rockway Centre and enjoyed playing table tennis and chess with his friends at these clubs. Ivo also loved his Croatian community and friends which were a wonderful connection to his beloved Zagreb, language, food, and culture. Ivo loved good food especially foods that reminded him of home and his eyes really lit up at the mention of a pig roast.

Ivo was a long-time member of the Canadian Transplant Association and thanks to his gift of life was able to travel around the world participating in the World and Canadian Transplant Games playing competitive table tennis. We made it almost every continent and all over Canada. Our whole family was very involved with the transplant community and we met so many new friends from around the world which were truly precious experiences and memories. Ivo went to his first Transplant Games in 2000 in Sherbrooke, Quebec winning the first of many gold medals which was such a celebration and a personal victory for him after all he had endured. It was also important to him to promote awareness of organ donation and he did this via his participation in the Games, media coverage, talking to other transplant patients and sharing his story.

We also had the privilege of meeting donor families and were honoured to meet the Talbot family (Terry, Heather and Emily) and our whole family played in the annual memorial table tennis tournaments that were held each year in memory of their son Jonathon who tragically lost his life when he was only 22 years old but made the selfless decision to be an organ donor. Ivo’s passion for table tennis inspired many and was also ignited in our whole family across the generations with Stefan, Susi, Jeffrey and Robert all being avid players and having a love of the game. Ivo’s great-grandson Alexander, although only 2 years old, will be learning to hold a racket soon.

On May 2, 2021, Ivo celebrated his 24-year liver transplant anniversary. He lived life to the fullest and truly embraced the idea that "Life is not measured by the amount of breaths we take but by the moments that take our breath away."

We will miss him greatly, but we are eternally grateful to have had our Papa and Opa for all of these years and for the love and precious memories we will always keep in our hearts.

THE DASH - by Linda Ellis

I read of a man who stood to speak at the funeral of a friend. He referred to the dates on the tombstone from the beginning… to the end. He noted that first came the date of birth and spoke of the following date with tears, but he said what mattered most of all was the dash between those years. For that dash represents all the time they spent alive on earth and now only those who loved them know what that little line is worth. For it matters not, how much we own, the cars… the house… the cash. What matters is how we live and love and how we spend our dash. So think about this long and hard; are there things you’d like to change? For you never know how much time is left that still can be rearranged. To be less quick to anger and show appreciation more and love the people in our lives like we’ve never loved before. If we treat each other with respect and more often wear a smile… remembering that this special dash might only last a little while. So when your eulogy is being read, with your life’s actions to rehash, would you be proud of the things they say about how you lived your dash?

And the answer for Ivo Babic is yes.

There will be no funeral services and cremation has taken place. Memorial donations in Ivo’s name would be appreciated and can be made to The Canadian Transplant Association at: www.canadiantransplant.com