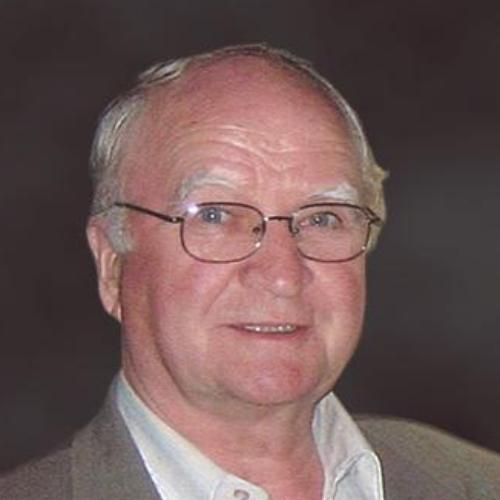 It is with profound sadness we announce the passing of Josip Blazinovic at St. Joseph’s Health Centre on Friday August 27, 2021, at the age of 80 years.

Josip was born in Kompator, Moslavina in Croatia. He met the love of his life while serving in the army in Karlovac, Croatia. They married and settled in Petrinja where their only son Darko was born. Several years later, they immigrated to Canada. Once settled in Canada, Josip worked as a welder/fitter. He and Danica worked hard to provide for their little family and built themselves a beautiful life.

Josip was a quiet man, but once you got to know him you would be privy to his many jokes and stories and see firsthand his giving and charitable nature. If you ever did a favour or a good deed for him, he would repay you in kind, generously sharing the fruits of his labour such as homemade sausages from his hunting expeditions, smoked feta cheese, his prized garlic, and tomatoes.

Josip was an avid gardener, fishermen and hunter. He was also a great chef, making his awesome “saft” and prized shrimp dishes which were reserved for fasting days or “post”.

Josip cared deeply about the welfare of others and in his later years, after retiring, he would call his friends and family in Croatia daily to check on them, see how they were doing and talk about old times. He was full of stories from the old days and jokes that would make you laugh. Once you met him you knew you had a friend for life!

In 2016 he and Danica made the decision to move in with Darko and Vesna leaving their home of 41 loving years. Never one to ask for help, or be a burden to others, he and Danica packed all of their belongings themselves before the move. Vesna, Darko and Christina welcomed them into their home with open arms. Sadly, only a year later Danica unexpectedly passed away.

Josip was heartbroken at the loss of his beautiful wife. He visited her grave every day from the day she was buried until he was recently admitted to the hospital. That is love at its finest.

“Deda” as he was affectionately known, was wonderful with kids especially with his treasured granddaughter Christina. He was there for every milestone in Christina’s life from day care to driving her to school, to celebrating her sacraments and graduations. He was fiercely proud of her and was bursting with pride when she recently obtained a job in her field of study. Christina loved her Deda deeply and knew she could count on him to lend an ear, chat, or provide his wise advice and counsel. Deda will also be missed by his “adopted” grandchildren Skye and Fergus who absolutely adored him. Their “cigu migu” sessions with Deda will be missed by all of us. Watching the sheer joy Josip took in them was heartwarming and made us all smile.

Josip enjoyed spending time with friends and family and loved nothing more than to go fishing and hunting with his buddies and Darko. He was a fixer and loved to help Darko with renovations projects no matter how big or how small they were. He also loved to watch old movies and comedies, watching them over and over again. No matter how often he watched them, he’d laugh just as hard as he did the first time and would often tell us what was going to happen before it happened.

Croatia was in Josip’s blood and in his heart. He loved to visit his homeland to see his treasured friends and family. His trip of course always included a stay at the spa in Topusko.

The last few years Josip lived for the weekends going up to our property near Havelock where he truly enjoyed the bush and nature. He collected all the loose flat rocks from the fields to build our fire pit. We affectionately called him called the “fire starter” as the minute he set foot on the property his first job was to start a fire for us. The picture on the back of the prayer card is of the fire pit he built last year which is just one of our many cherished memories of Josip. He enjoyed clearing all the fallen trees and chopping them up for firewood and up until this August long weekend, the last time he was at the property, he was chopping wood, making it look so easy!

Those who knew Josip knew him to be a genuine, hardworking, thoughtful, caring, compassionate, wise, gentle, wonderful salt of the earth kind of man. When God created Josip, he should have kept the mould, as there are so few kind souls like Josip.

We were heartbroken when his lymphoma recently returned. He took the news with great dignity and was more concerned with his family than himself. He lived his life with kindness, generosity and a loving spirit and we will live our lives by those same values.

He will be profoundly missed by everyone who was privileged to have met him and even more so by those closest to him.

Our family extends our sincere thanks to the doctors and nurses on 6M and the ICU at St. Joseph’s Health Centre for their kindness, compassion, and the wonderful care they provided to Josip during his last days. In particular, we are forever grateful to Dr. John Blondal.

Where there is deep grief there was great love and this is especially true for our family. Tata and Deda may you rest in peace until we meet again.