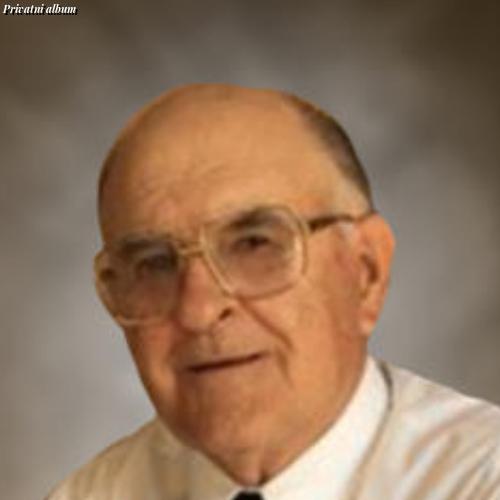 Predeceased by his parents, Manda and Ivan Starcevic and his siblings -Matia, Martin, Ivan, Marija, Lucija, Nikola. Survived by his wife Anica and his daughters: Mary (Zvonko) and Dianneand grandchildren: Jasen, Amanda, Thomas, and Victoria . Milan, known by many as Mike, was born in Pazariste, Croatia in 1933.

In 1956, he immigrated to Canada to create a better life. He embraced the City of Toronto as his first Canadian home, taking pride in learning the street names, local landmarks, and social spots. It was in Toronto that he courted and married his wife, Anica. Married for over 60 years, he loved her deeply and always prioritized her care and wellbeing. In 1959, Milan and Anica moved to Port Colborne to start their family and raise their two daughters Mary and Dianne.

Milan began a long work history at INCO Port Colborne and worked there for over 30 years. His passion for democratic processes drew him to the Union at Inco where he was an active member. He quickly was recognized for his civic mindedness and was regularly recruited to assist with canvassing for numerous municipal, provincial and federal elections.

He was strong in body, spirit and commitment. He worked hard all his life and he took life head on. He was proud, loyal, fun loving and full of life. He was a loving husband and a self made man who built a great life for his wife and daughters.

Irrespective of where he lived or worked, he knew everyone in his neighbourhood, and everyone knew “Mike.” Throughout his life, he was an engaging person, always having time for a conversation. He had a great sense of humour and his one-liners were quick and witty. In his retirement, he took great pride in having a manicured lawn, a thriving rose garden, and engaging with his neighbours and his community. Notwithstanding the weather or season, he always had spotless car.

While building his life in Canada, Milan never forgot his beloved homeland of Croatia. He was very involved in the Canadian-Croatian community. He was passionate about Croatian culture and history and loved to share it through storytelling, singing, playing his tamburica. Throughout his life in Canada he was involved in Croatian activism and supported many cultural and social activities. He was extremely proud when Croatia became a sovereign nation and he was very humbled when he was recognized by Franje Tudman, President of Croatia, for his service in support of Croatian independence.

In the late 1990’s, Milan and Anica moved to Mississauga and then Georgetown to be closer to their grandchildren. The youngest of seven children, Milan appreciated, from an early age, the important role of grandparents in the upbringing of a family. He considered being a Dida (grandfather) the greatest role of his life. He adored his four grandchildren – Jasen, Amanda, Thomas, and Victoria. He was their biggest fan, always celebrating their successes and supporting their educational achievement.

For the last years of his life, he valiantly lived with the creeping onset of dementia. Despite the slow loss of his independence he so fiercely valued, his principles of loving his family, being a proud Croatian, and prioritizing the care of his wife Anica remained untouched. The staff at Bennett Centre Long Term Care provided loving and compassionate care that enabled our beloved Muz, Tata, Dida, and friend to live his final years with dignity and honor. We are forever grateful to the staff at the Bennett Centre.

Our father’s smile and good humor were shared with so many throughout his life. He was highly regarded by so many people who have openly shared their fondness and respect for our father.

He will not be forgotten by those who loved him.

Go with God. Peace and Love.