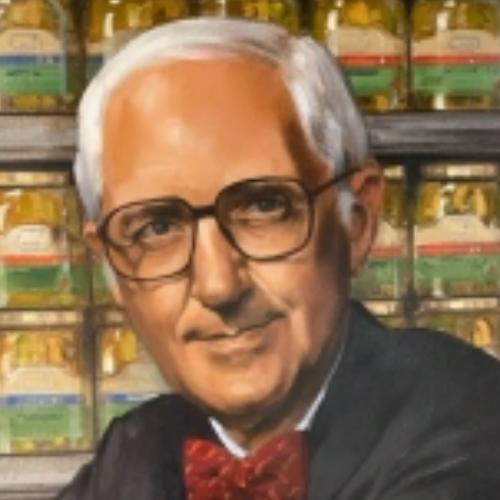 Robert Joseph Vlasic loved his family and his work, and devoted his life to making a great home for his wife and five sons, as well as creating opportunities for others as a successful businessman, philanthropist, and lay leader in the Catholic Church. Known for his optimistic spirit and bold and decisive personality, he touched the lives of friends and family with his compassion, loyalty and generosity. Surrounded by the warmth and love of his family, Robert died peacefully on May, 8, 2022 at the home he had shared for many years with his beloved wife, Nancy, who predeceased him in 2016.

Robert Vlasic was born March 9, 1926, in Detroit to Marie and Joseph Vlasic. He graduated from Culver Military Academy in Indiana and earned a degree in engineering from the University of Michigan. After serving in the United States Navy, Robert met the love of his life, Nancy Reuter, and they were married on November 11, 1950. They raised five sons and spent more than sixty-five wonderful years together at their homes in Michigan and Florida.

With Nancy at his side as homemaker, mother and grandmother, Robert pursued what became a storied career in the food industry, building his family’s hometown Vlasic pickle business into an iconic national brand before selling it in 1978 to Campbell Soup Company, where he joined the board of directors and served as its chairman from 1988 to 1993. Yet he always remained an entrepreneur at heart, founding technology companies and other ventures, while also taking leadership roles on the boards of Henry Ford Hospital and Cranbrook Educational Community, and as a member of the finance council of the Catholic Archdiocese of Detroit.

Even with his many responsibilities, Robert embraced being with his family. He was father to Jim (Shari), Bill, Rick (Vicki), Mike (Helen), and Paul (Adriana). He was the grandfather of Jeff, Christine, Nicole, Matthew, Michael, John, Dan, Katie, Joe, Alex, Jack, Will, Nina, Bobby, Tom, Adam and Martha, and great-grandfather to Mila, Josephine, Lyla, Mason and Luke. He was the brother of the late Sally Blakeley, and the loving uncle of Frank and Tina MacDonell and several other nieces and nephews.

Robert loved traveling, playing golf, and hosting special occasions and vacations for his family and friends. Above all, he had a passion for contributing his talents and experience to helping others. Robert was an enthusiastic supporter of many charitable causes, particularly ones related to education, health care and his Catholic faith. His strength and wisdom enriched countless people who crossed his path, and he readily shared his blessings with others. He believed in the power of prayer, hard work and faith to overcome obstacles, and set a positive example for how to live a productive, supportive and spiritual life.