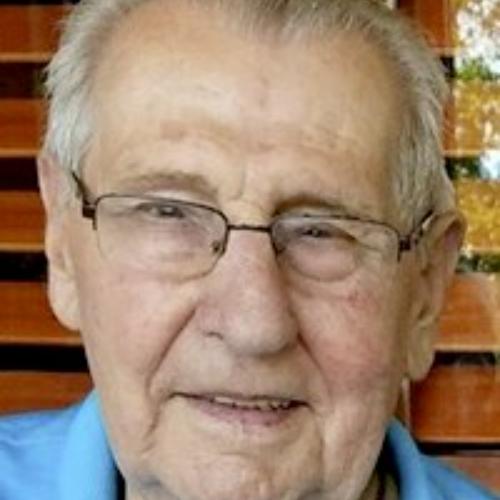 Mr. Leskovec, known by several nicknames, such as "Bill," "Les" and "Willie," was born July 27, 1934, in Youngstown to Croatian immigrant parents Andrew and Anna Stefanac Leskovec. As a first-generation Croatian, he was raised on Youngstown's West Side, graduating from Chaney High School in 1952, where he was a member of the basketball team and subsequently helped organized future class reunions.

He served in the U.S. Army from 1954 to 1956 and was stationed at Fort Sam Houston in San Antonio. In 1956, he married his high school sweetheart, Donna Mancini, and they celebrated their 65th anniversary last December. He was a resident of the Austintown community since 1961 as well as a charter member of St. Joseph Catholic Church. He earned a Bachelor of Science degree in business administration / accounting in 1962 from Youngstown State University and, while employed for 26 years at Youngstown Sheet & Tube Company, held various cost accounting supervisory positions.

While employed at the Wheatland Tube Company, he was accounting manager for 22 years before retiring in 2000. Through the Ohio High School Athletic Association, he officiated men's and women's basketball for 25 years, women's volleyball for 36 years and served as president of the Mahoning Valley Volleyball Officials Association Inc. from 1984 to 1988. He was fiercely proud of his Croatian heritage and echoed that sentiment throughout his life.

In 2016, he was recognized by the Croatian Fraternal Union of America, St. George's Lodge 66 in Youngstown for 50 years of loyal membership. He valued Croatian customs and traditions, enjoyed traditional ethnic specialties and was particularly fond of Tamburitza music. He was the family historian, spending endless hours researching his family genealogy, keeping meticulous records for future generations and corresponding with Croatian relatives, many of whom he never met.

Although Croatian by birthright, he was considered an "honorary Irishman" for serving 25 years as a parade marshal for Youngstown's Annual St. Patrick's Day festivities. In 2013, the organization honored him with the Bill Ockerman Award, recognizing his outstanding contributions to the parade. Additionally, he served for 10 years as treasurer for the Michael Hartzell Scholarship Fund and Memorial Golf Outing and served as trustee, treasurer and president of the Wedgewood Swim Club for nearly 30 years. An avid traveler, he and Donna enjoyed vacationing to many places in the Caribbean and Hawaii, as well as their annual trip to Myrtle Beach, S.C., for 18 years.

His four grandsons were truly his greatest joy and he loved being their papa. He took pride in their academic and career successes, attended their many sporting and special events, and shared stories of his own life's journey. In recent years, he and his wife Donna were devoted and dedicated caregivers to their convalescent son, Brian, who preceded him in death in October 2016.

Also preceding him were his parents, Andrew and Anna Stefanac Leskovec; his brothers, Walter Leskovec and Edward Leskovec; his sister, Helen Leskovec Barich; his son-in-law, James (Jim) Williams; his niece, Joan Barich; and his in-laws, Christy and Angela (Alexander) Mancini. He was a loving husband, father, "Papa" and uncle who will be sadly missed by his wife, Donna; daughter, Angela Leskovec Williams of Solon; grandsons, Christopher Leskovec of Delaware, Ohio, Brennan Williams of Solon, Connor Williams of Titusville, Fla., and Craig Leskovec of Delaware, Ohio; godsons, Richard Mancini of Fort Myers, Fla., and Jeffrey Clark of Canfield; Jeffrey Clark of Canfield; as well as many Friends, Nieces, Nephews, Great-Nieces, Great-Nephews and Cousins.